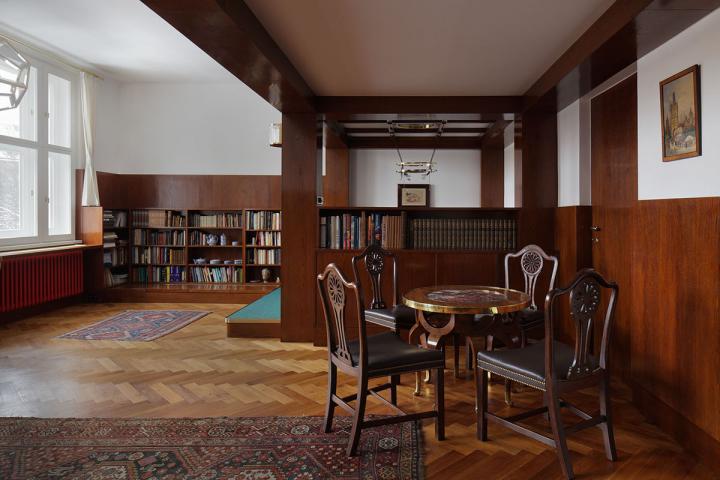 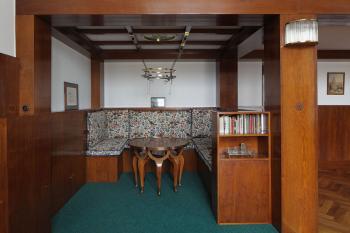 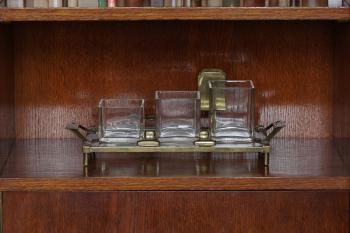 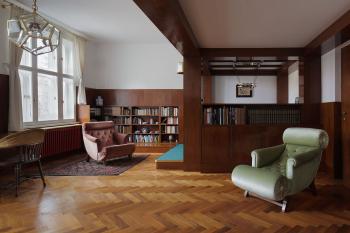 Trusting neither ornament nor design, let alone architecture subordinated to artistic conventions, Loos made his stance highly evident in his work – not only in his architectonic and other designs, but also in his written texts. Upon his return to Vienna following three years in America, he became one of the most radical proponents of a new school of thought that thoroughly rejected all decorative and non-functional elements. He was highly exacting in the choice of materials and designs for his interiors, as much as his exteriors. Nonetheless, his rigorous architecture and design did not in any way mean a disturbance of the pleasant atmosphere in the actual rooms that he planned. In fact, his equal emphasis was always on modernity and comfort.

Later, Loos created several of his masterworks in the Czech lands, marked by a visible reduction and simplification of exteriors and interiors. In 1907, he designed the interior of the flat of the entrepreneurs Martha and Wilhelm Hirsch. It was only in the 1980s that it became known that this was not the only commission that he had undertaken for the Hirsches: during the 1920s, in other words almost in parallel with the time when Loos was designing the Villa Müller in Prague, he was at work on the student quarters for the couple’s son Richard. This flat was situated in the same building as the flat of Martha and Willy Hirsch, but one floor higher.

The surviving furnishings of Richard Hirsch’s flat were, several years ago, transported to Prague and installed in a space of similar dimensions close to the Old Jewish Cemetery. All of the furnishings and built-in elements were carefully and professionally restored. Great emphasis was placed on the use of original methods in treating the material surfaces, as well as using original materials wherever replacement was absolutely necessary. Today, this interior forms part of the Prague art gallery and auction house Adolf Loos Apartment and Gallery. In 2014, the apartment was placed in the prestigious international architectural-design network Iconic Houses. In this instance, the aesthetically indisputable authorship of Loos was further confirmed by the wife of Richard Hirsch, Mrs. Marieluis Hirsch-Kornfeld, as well as Loos’s collaborator Ilse Gunther-von Henning, who was in fact in charge of construction supervision during the realisation (1927-1929) and the leading expert on Loos’s work and author of his catalogue raisonee, Professor Burkhardt Rukschcio.

More information on the Hirsch apartment can be found zde.